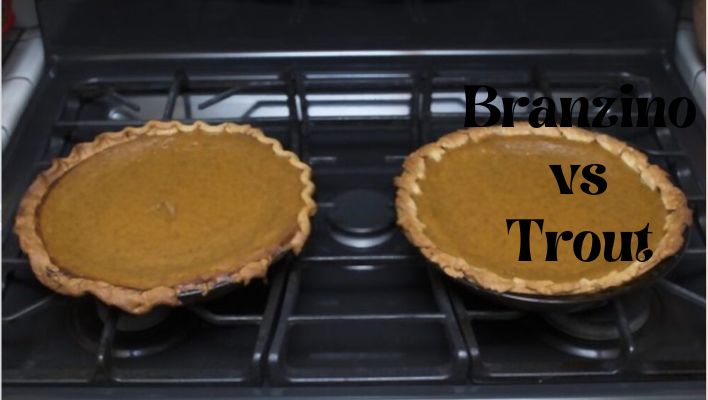 Want to bake 2 pumpkin pies? Also, want to bake them together?  You might be contemplating if it’s a smart option or if it’d ruin both the pies. And most importantly if it’s possible or not.

Let’s assume you’re an amateur baker. Or a professional one. The good news for you is it actually doesn’t matter. We have exactly what you’re searching for here regardless of your proficiency level.

So, can you bake 2 pumpkin pies at the same time?

We’ve elaborated on these throughout this entire article. So let’s dive in.

Is Baking 2 Pumpkin Pies at the Same Time a Good Idea?

Baking 2 pumpkin pies at the same time could be beneficial. Mostly because it’ll save you time. As well as your labor.

But it’s also important to consider that it could go the other way too. Baking 2 pumpkin pies simultaneously is not easy. Although it might sound like such.

Baking 1 perfect pie at a time is challenging enough in itself. After all, a cracked pie is not what you desire. Therefore, you should bake it attentively.

Now imagine baking two at a time. You must use extreme caution with it. Because while baking, one pie could affect the other one in the same oven.

You need to be extra cautious about the time and the temperature. Or else you will overcook your pies. Or have yourself a cracked pumpkin pie.

See there is one big risk of baking two pumpkin pies simultaneously. If anything goes wrong both of your pies will be ruined.

Baking 2 pies at once

But considering all the risks, we think that it’s worth taking the risk. Because if it works it’s a very good outcome.

But wait while you’re at it, there are a few things you should consider. Let’s have a look.

For baking two perfect pumpkin pies it is essential to keep a few important things checked. Keeping these things checked will make the difference between a successful or a failed batch.

These are the most important things to consider while baking two pies at the same time.

Baking time is a significant factor to consider for baking two pies together.

Baking two pies together will affect your baking time. Because one pie makes the other one absorb less heat in the oven.

Due to this, it takes a bit more time for both pies to bake to perfection. Opposed to baking 1 at a time.

Now how much longer are we talking about?

It takes around 5 to 10 minutes longer to reach perfection. Hence, whenever you bake two pies at the same time, wait for a few more minutes. Until both the pies are perfectly baked.

Cranking up the temperature while baking two pies is a general misconception.

Yes, baking two pies at a time do change the oven environment. It distributes the oven temperature between two pies.

But the solution to this isn’t cranking up the oven temperature. Raising your oven’s temp will probably cause both pies to burn.

The solution is increasing the baking time as mentioned above.

Even though there are two pies in the oven, you need to treat them individually. Hence, the temperature should not be increased above the ideal temperature.

This is the standardized temperature measurement. Of course, it depends on the recipe you’re using.

Such as the apple pie recipe or pecan pie recipe could have different requirements.

Size of the Pie

Size matters! Especially when it comes to baking two pies in one oven.

Let’s use some common sense. The oven you’ll use has a specific amount of space in it. A standardized convection oven has 24 to 32 inches of space in width.

And a standardized pumpkin pie size is 9 inches. As long as you’re maintaining the standard sizes there shouldn’t be any problem.

So, make sure your oven has the width to fit two pies at a time.

There are several ways to make pumpkin pies. You are allowed to select any of the recipes that you like.

Different recipes of pies will bake differently. As a result, you’ll have difficulty managing the two together. It’ll be like baking two different pies simultaneously.

It’s just too difficult in our opinion.

If you have a multi-racked oven then you need to choose which rack for baking.

Depending on the pie’s recipe instructions you need to choose the rack for baking. But as a general rule pumpkin pies should be baked at the bottom rack.

See, it is essential for the bottom crust to be baked perfectly for a perfect pie. Baking your pies at the bottom rack will help you get the perfect golden-brown bottom crust.

However, some pumpkin pie recipes will instruct you to bake pies at the middle rack.

You should be aware that you shouldn’t use outdated oven racks.

Here, are our recommendations for the best oven racks available. Have a look.

Using these oven racks will help you get the perfect pies you want. So, do use one of these if you can.

Space Between the Pies

While baking 2 pies at a time you must keep some space between two pies.

This is the simplest task yet very easy to forget. Often people make this mistake. They casually throw the pies in the oven. And the pies touch each other while baking.

It is a very amateur mistake.

Space between the pie

Ensure the distance between the pies is a minimum of half an inch. And also from the  walls of the oven. This is the right way to bake two pumpkin pies.

Checking if the pumpkin pie is done or not could be a little tricky.

It is not easy to check the doneness of a pumpkin pie. First what you need to consider is what kind of pie a pumpkin pie is.

It is a kind of custard pie.

A perfect custard pie is firm at the edges. And jiggly in the center areas. To check the doneness you need to give the baking pan a little wiggle.

You may determine if your pumpkin pie is prepared or not by doing so.

We’ve curated some of the most frequently asked questions for your consideration.

Do I need to refrigerate my pumpkin pies after baking?

Yes, you need to refrigerate your pumpkin pies after baking. All “egg-rich pies” should be kept chilled after baking and resting. In order to store it. Also as per the USDA. This group includes meringue pies, custard pies, pecan pies, and pumpkin pies. However, you can also serve your pies hot.

Can you make pumpkin pies 2 days before the day you want to serve them?

Yes, you can bake pumpkin pies up to two days ahead. The pies will taste fantastic even if you bake them two days ahead. Until you’re ready to serve it, just make sure to keep the pie in the refrigerator. Rather than on the kitchen counter. Refrigerating preserves the taste and quality of the pie.

Yes, pumpkin pies could sweat. This could easily confuse you. This sweaty texture could make you feel like the pie is undercooked. However, it is a sign that the pumpkin pie is overcooked. It happens because of the eggs. When the eggs in the filling are overcooked, it creates sweating.

Hopefully, you got your answer to ‘can you bake 2 pumpkin pies at the same time?’

A bonus tip for you is to use a thermometer in order to keep the temperatures in check.

That will be all from our side. Hope to see you some other time.